Connect with us on Social Media: 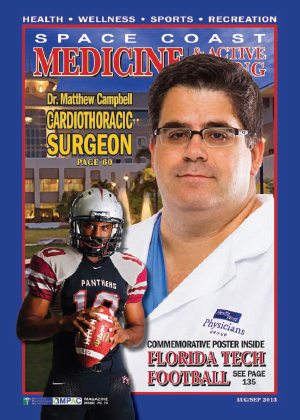 IN SEPTEMBER 1896, the electrical genius Nikola Tesla patented his first ozone generator and in 1900 he formed the Tesla Ozone Company. Tesla sold ozone machines to doctors for medical use, and modern ozone production units are still based on one of his designs from the 1920’s.

When you hear the word ozone the first thing that many people think of is air pollution. Yet ozone protects us from harmful sunlight that causes skin cancers. In fact, many critically important uses of this powerful, naturally occurring gas are not so well known, but they serve us every day.

Major cities throughout the U.S. and the rest of the world use ozone to sterilize the fruits and vegetables we eat and the bottled water and sodas we drink. It’s used in air purification systems, commercial laundries and swimming pools and spa baths. The medical community, especially in Europe, has been using ozone for decades to speed up wound healing and to treat a variety of diseases.

In 1857, Werner Von Siemens designed an ozone generator that has since evolved into the present day, cylindrical dielectric type that makes up most of the commercially available ozone generators in use, and which has sometimes been called the “Siemens Type” ozone generator.

In 1885, the Florida Medical Association published “Ozone” by Dr. Charles J. Kenworth, MD, detailing the use of ozone for therapeutic purposes. In 1886, ozone’s effectiveness in disinfecting polluted water was recognized in Europe. Test results from Germany showed that ozone was effective against bacteria and in 1893 ozone was reported as being used successfully in algae control.

In September 1896, the electrical genius Nikola Tesla patented his first ozone generator and in 1900 he formed the Tesla Ozone Company. Tesla sold ozone machines to doctors for medical use, and modern ozone production units are still based on one of his designs from the 1920’s. Tesla also produced ozonated olive oil and sold it to naturopaths.

In 1898, Thauerkauf and Luth started the Institute for Oxygen Therapy in Berlin where they injected ozone into animals and bonded ozone to magnesium, producing Homozon, which is now used as a gastrointestinal cleansing agent.

The use of ozone in the United States can be traced back to the 1940’s. In 1948, Dr. William Turska of Oregon began using ozone, employing a machine of his own design.

In 1951, Dr. Turska wrote the article “Oxidation,” and pioneered the injection of ozone into the portal vein, thereby reaching the liver. A Swiss Dental Surgeon, Dr. Edwin Fisch, first applied ozone in dentistry in 1932.

In the USA today, approximately 100 people die per day from prescription drug usage. Ozone, on the other hand, has been found to be an extremely safe medical therapy, and free from side effects. What could be more natural?

Our own bodies produce ozone at the white cell level to kill offending microorganisms. The ozone molecule is the most powerful agent that we can use on microorganisms. It is deadly to bacteria, viruses and fungi, yet the more highly evolved human cells are not damaged by ozone in lower concentrations. The lung and eye tissue are sensitive to ozone gas and care must be taken with its use.

There is an American Academy of Ozone Therapy, which certifies, educates and trains physicians and dentists. The American College of Integrative Medicine and Dentistry has a training program in Dentistry and Ozone, which is headed by two of the leading researchers and educators—Drs. Philip Mollica and Robert Harris. Drs. Edwards and Bunker are members of both organizations and have been trained and certified.

In part two we will discuss the biologic effects and uses of ozone in medicine and dentistry and delve into its extraordinary antibacterial properties, methods of administration and biologic benefits.